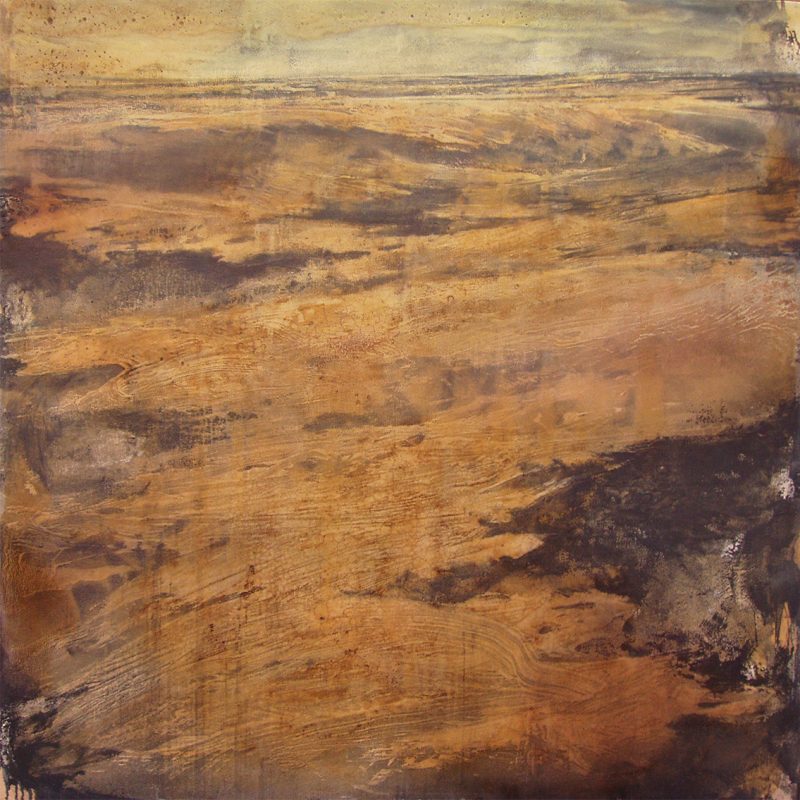 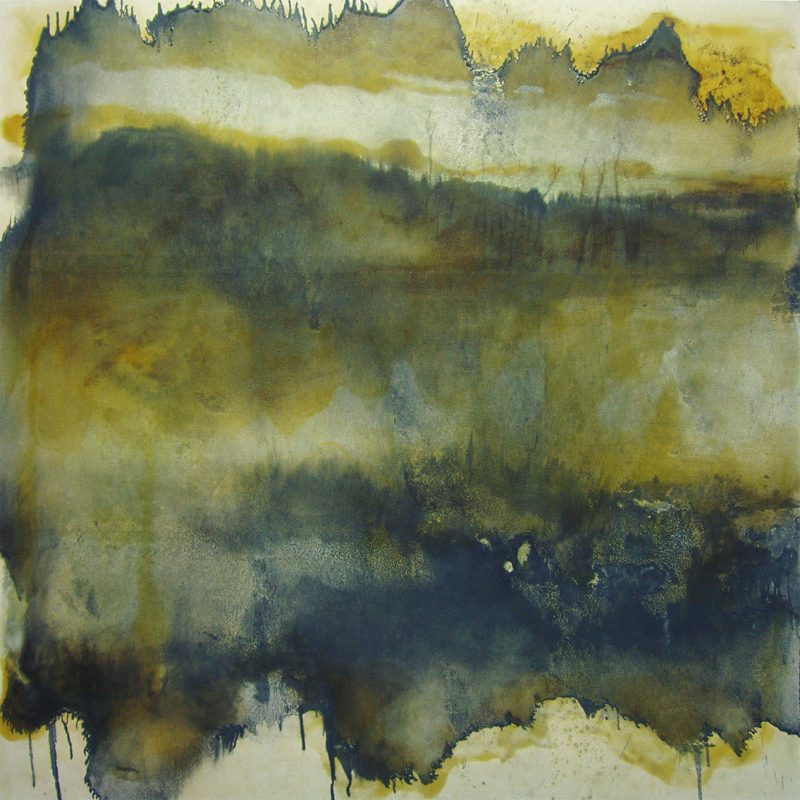 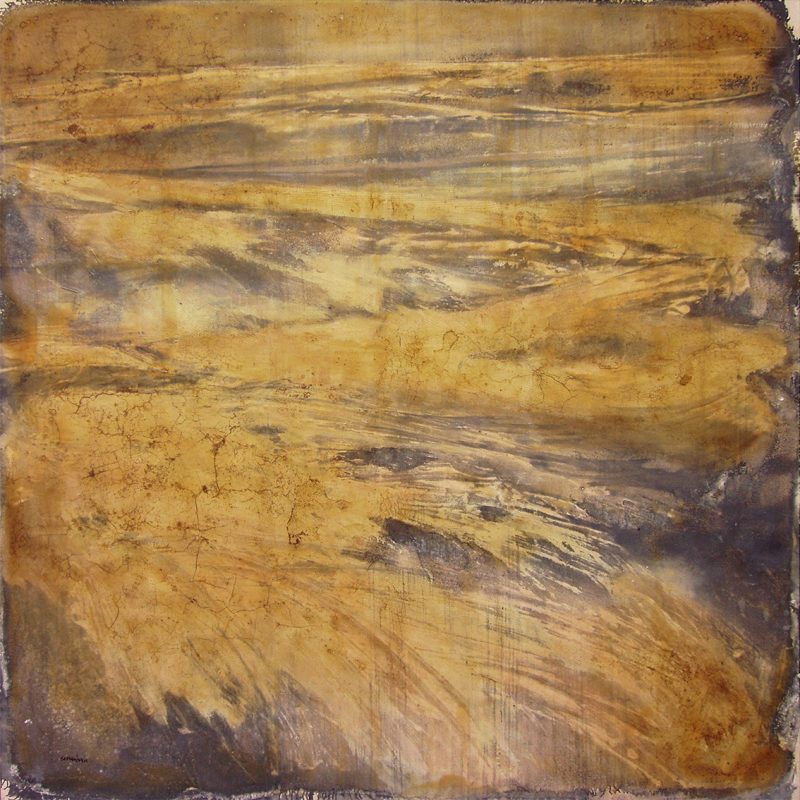 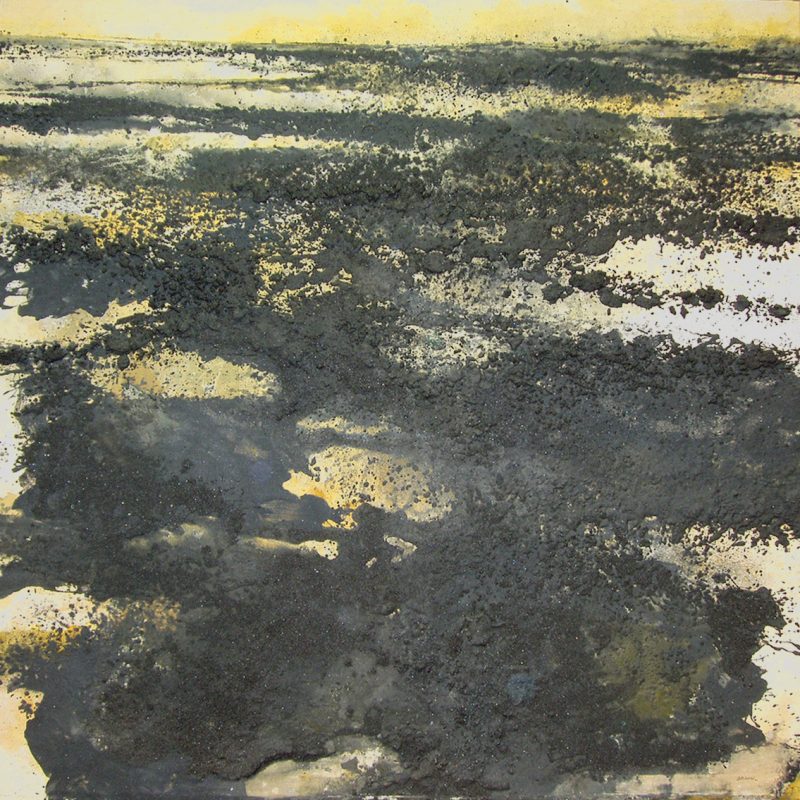 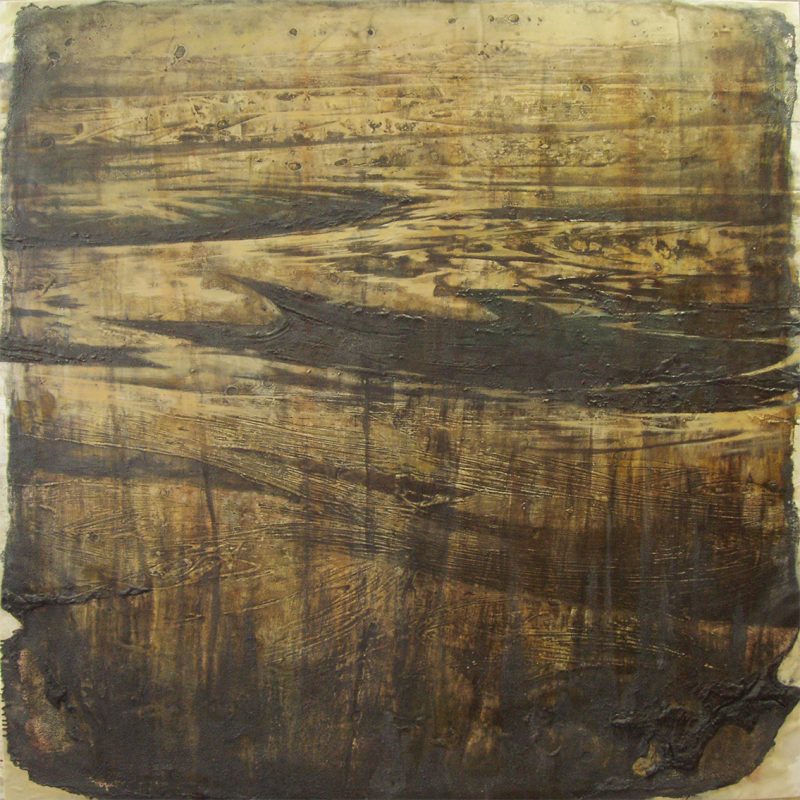 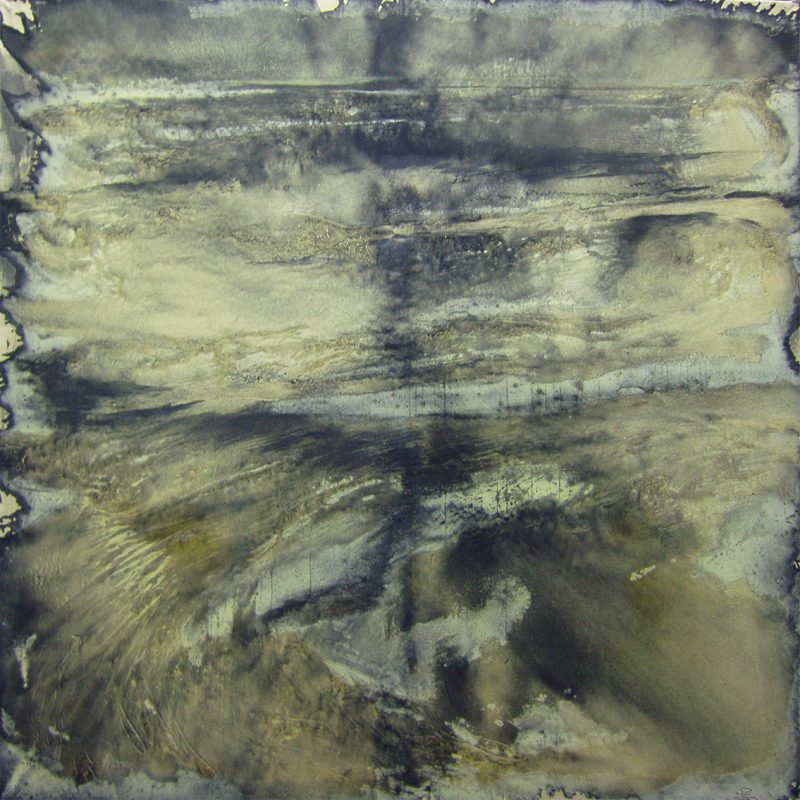 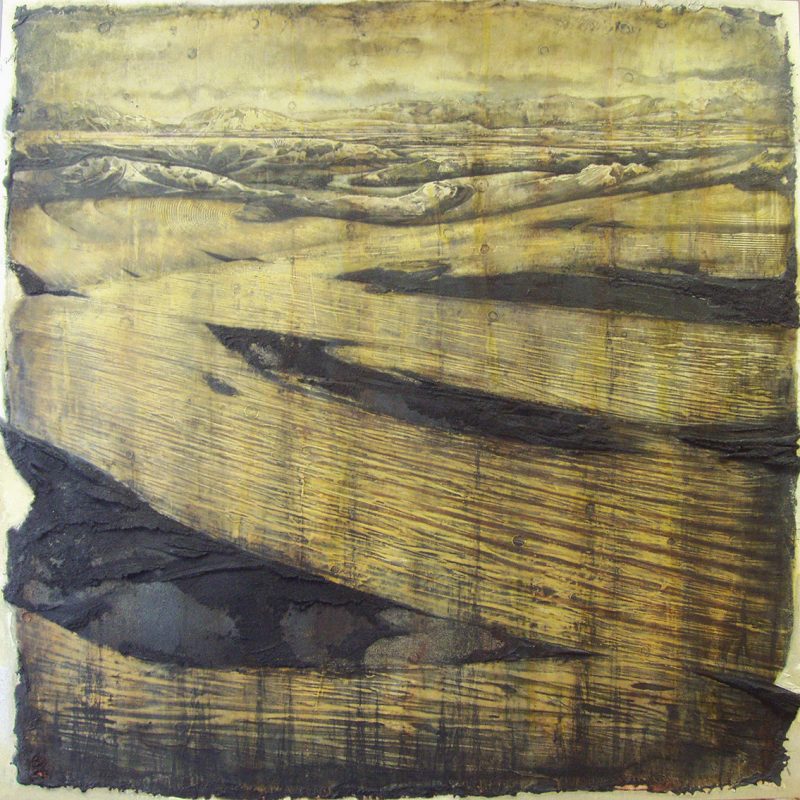 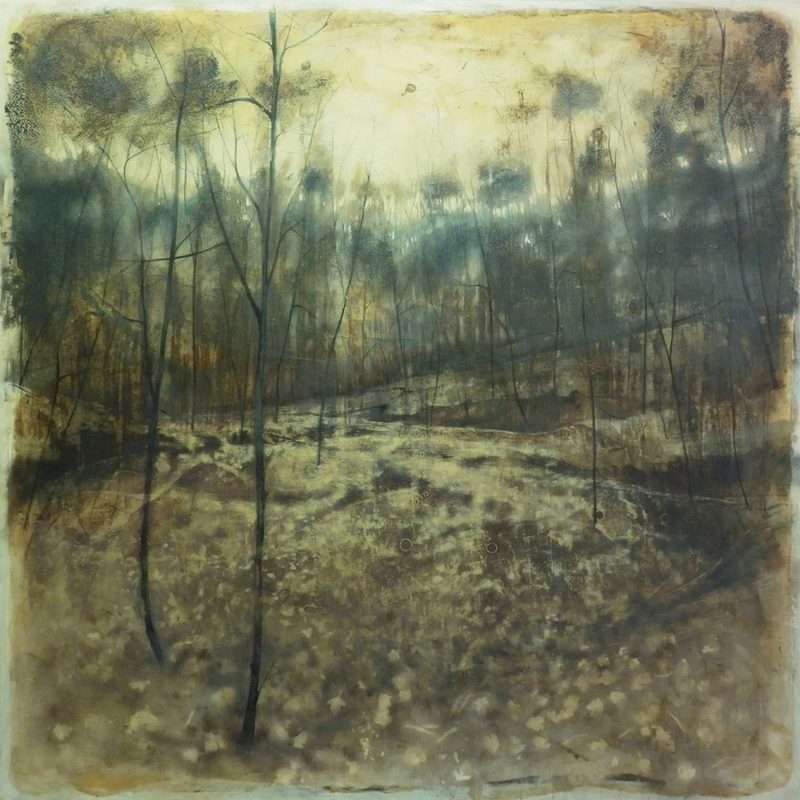 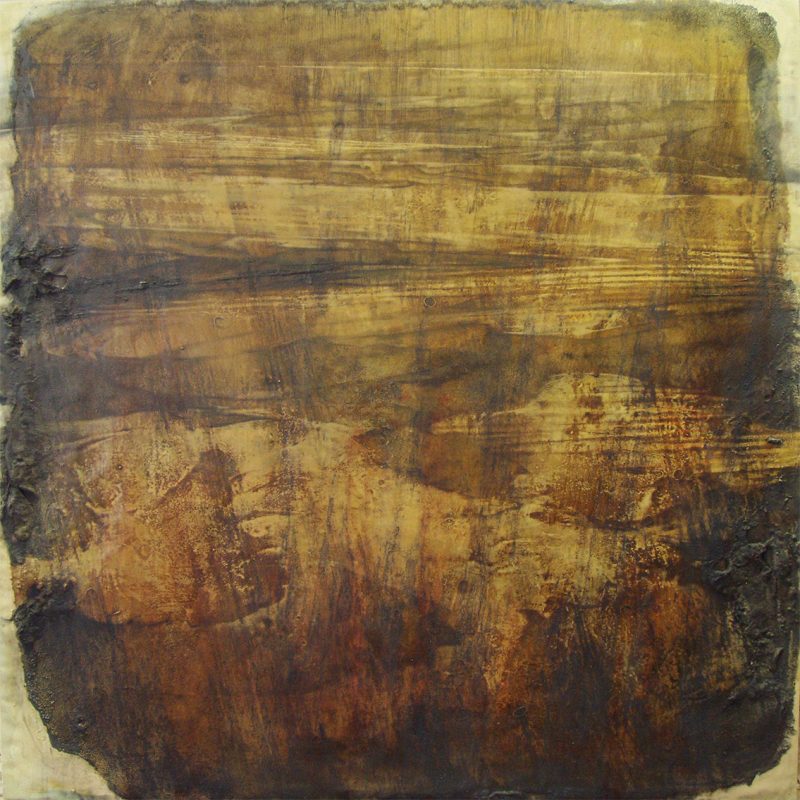 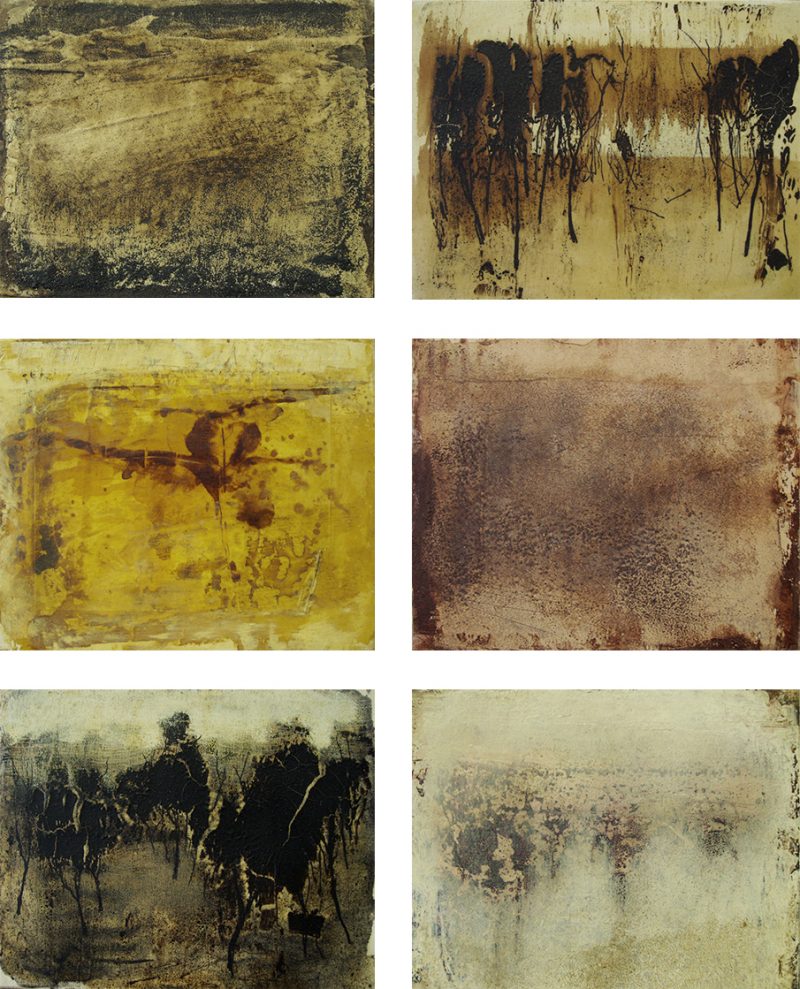 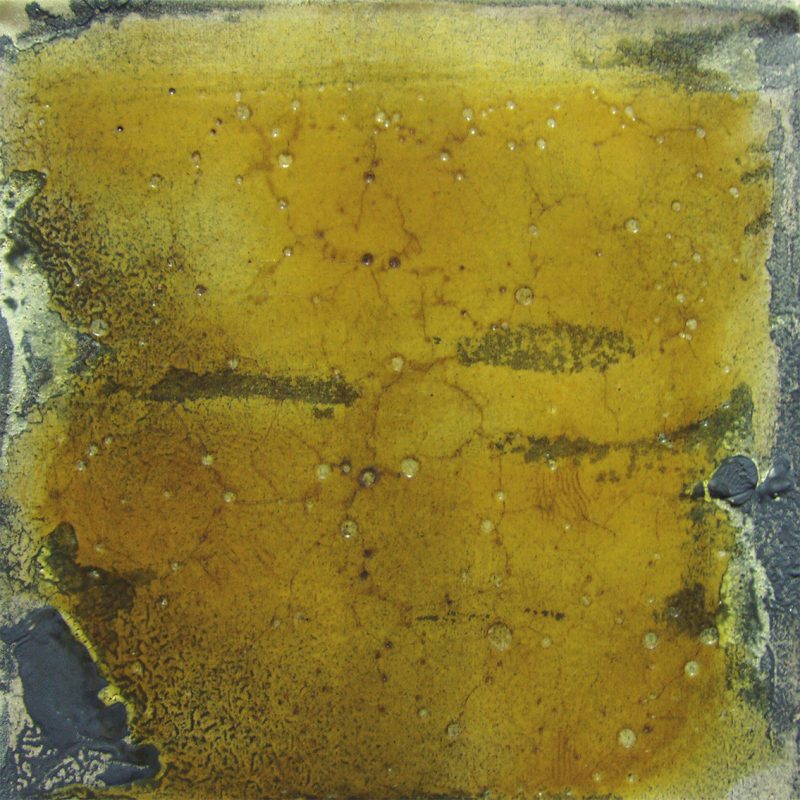 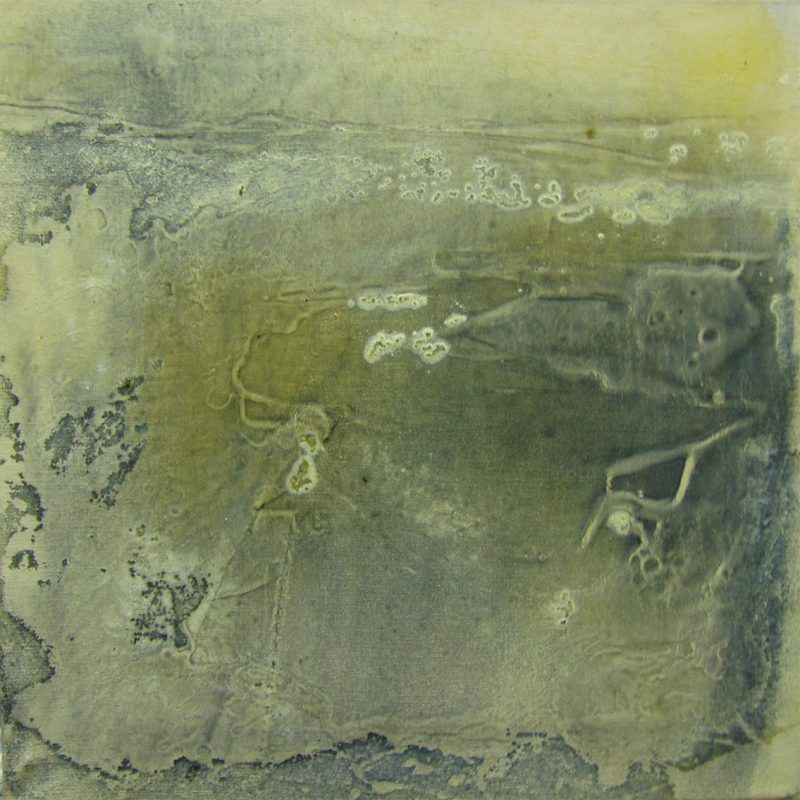 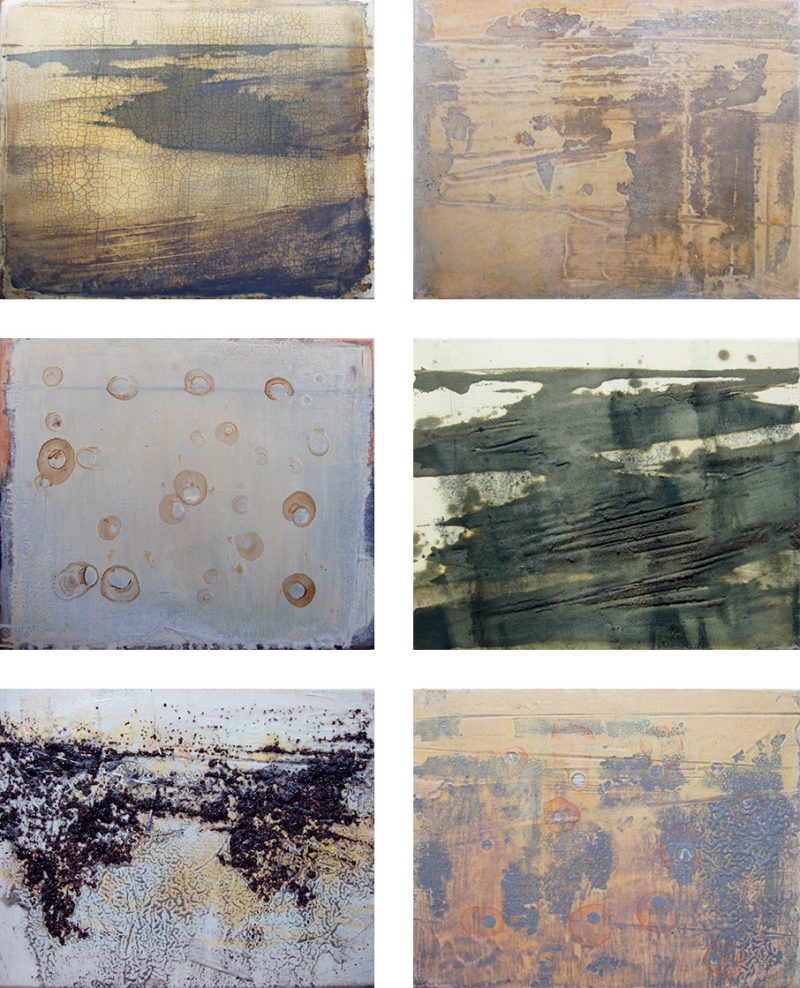 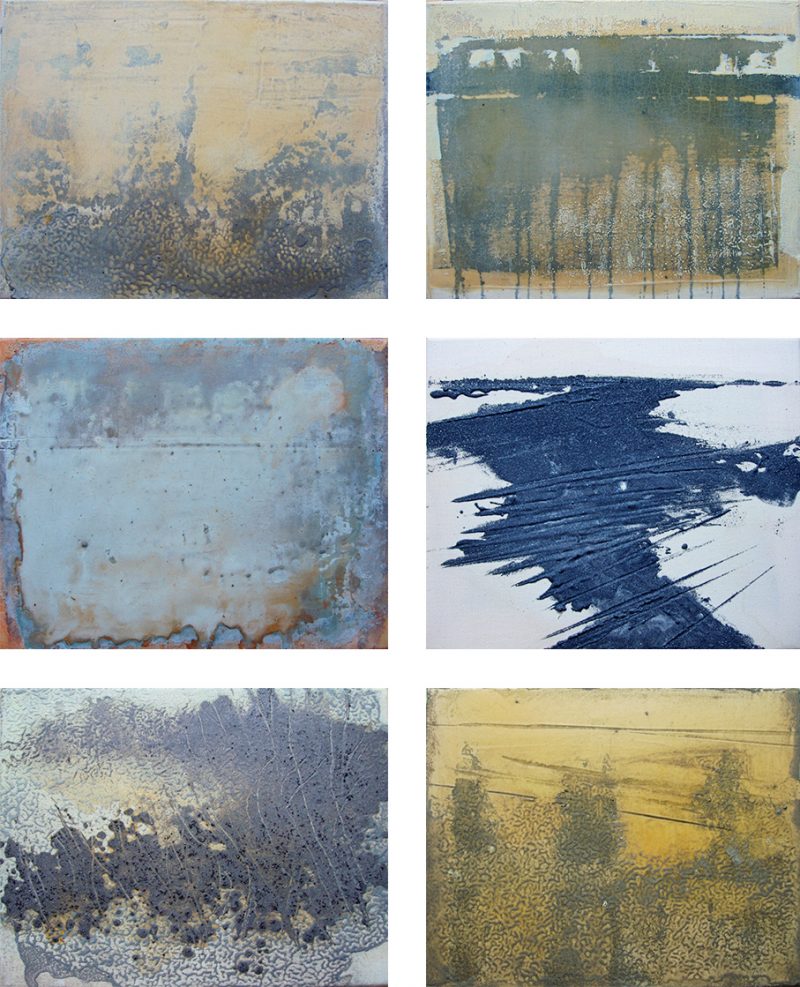 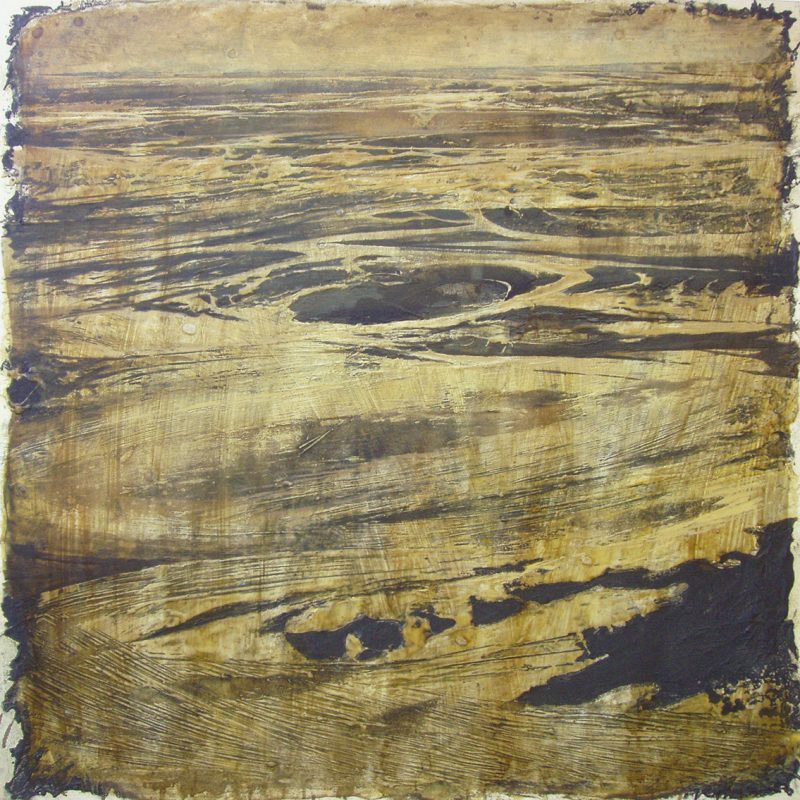 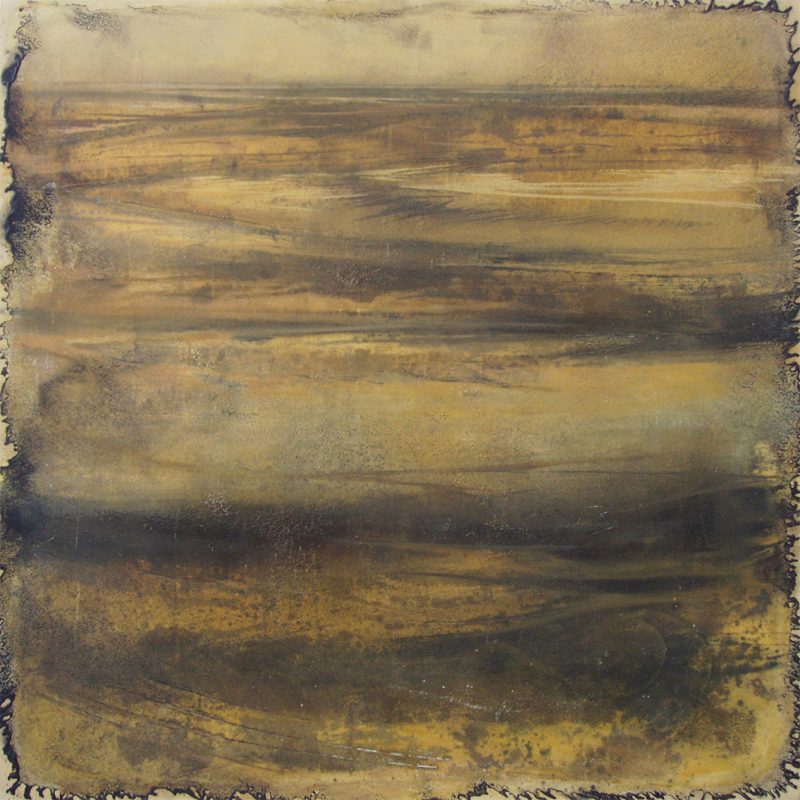 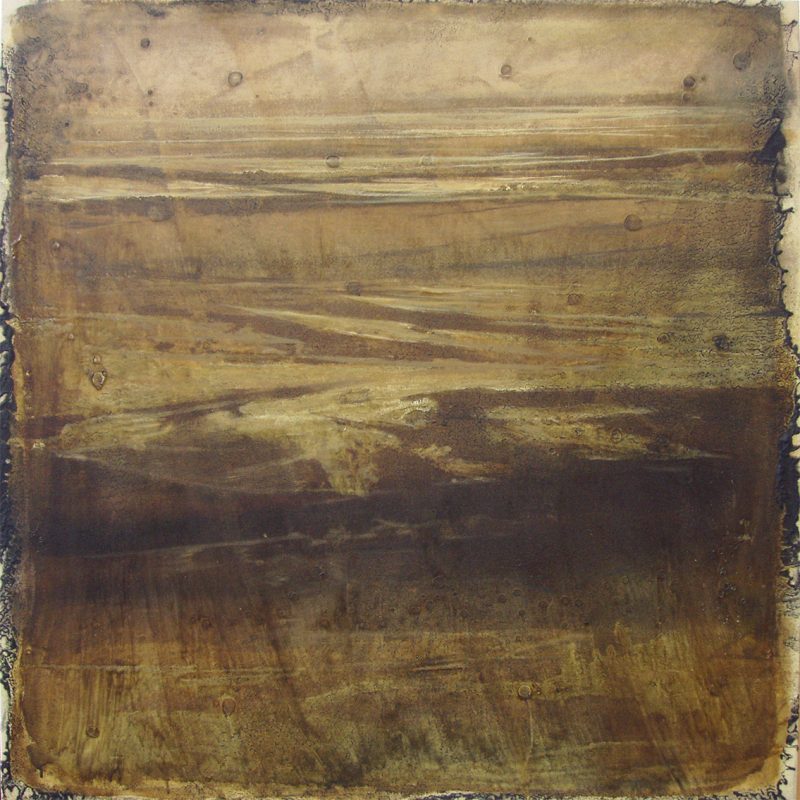 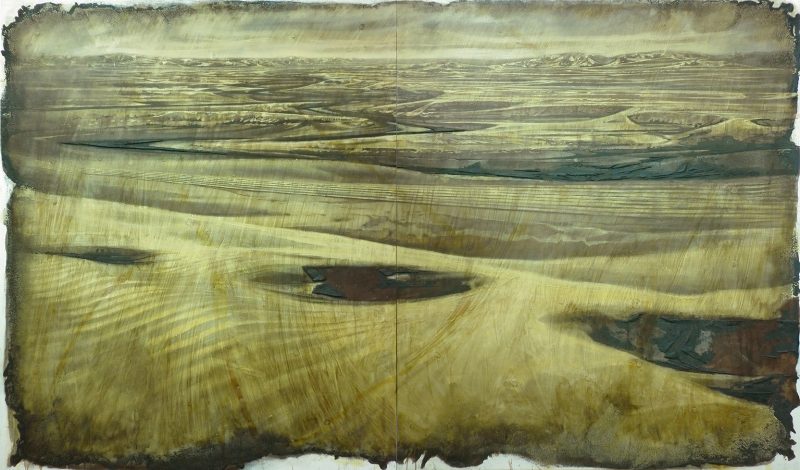 The aim of this project is to pursue a re-interpretation of landscape; one of deconstruction that gathers together theoretical and plastic aspects. It involves the search to recover the essence of landscape from an up-dated romantic standpoint.

It is investigated within the context of new materials (such as varnishes, lacquers, silicon carbide..), used to create a pictorial representation, whose process of creation resembles the development of a photograph, in which the image is uncovered, or developed. Such an effect bestows the work with new meaning. The image appears to have been cut off, representing an attempt to make a break from the surface onto which it is to be placed. This pictorial development has been achieved using one single material; silicon carbide or carborundum.

On a path that interplays between figuration and abstraction the process itself is revealed (mnemics), and along the way new languages with a common theme are developed for the majority of cases: landscape.

Such landscapes are eternal and infinite. They evoke an unkind and unknown nature that opens our spirit to the sublime. Landscapes that demand a first look are presented and encompass the recollection of nature, the memory and time of process and investigation about the material. 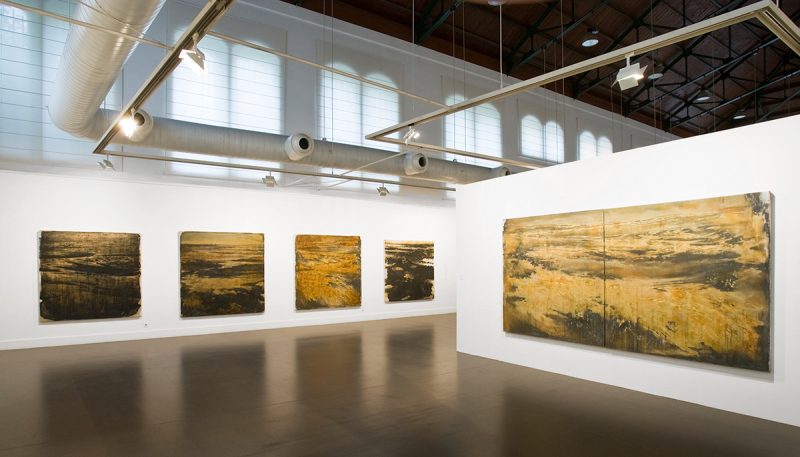 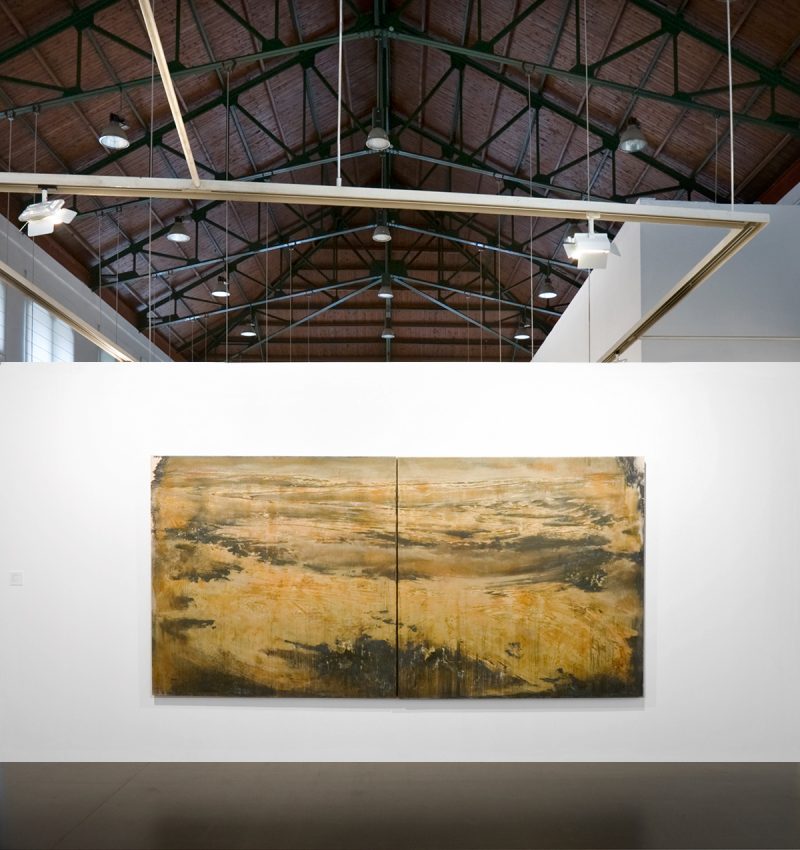 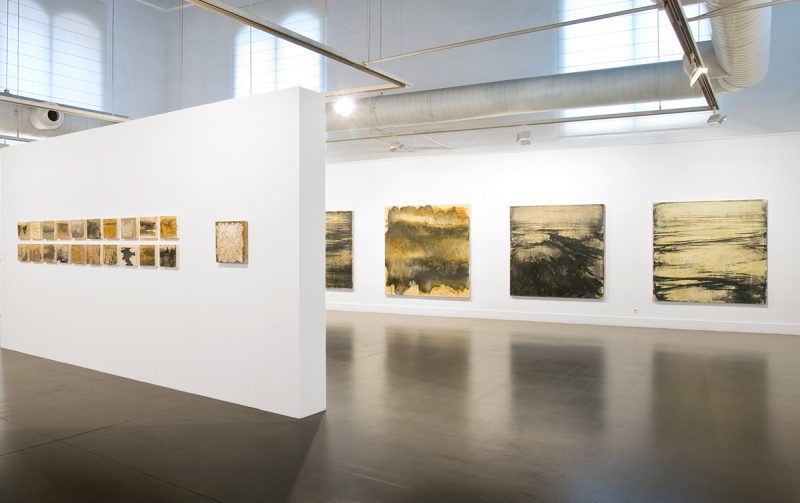 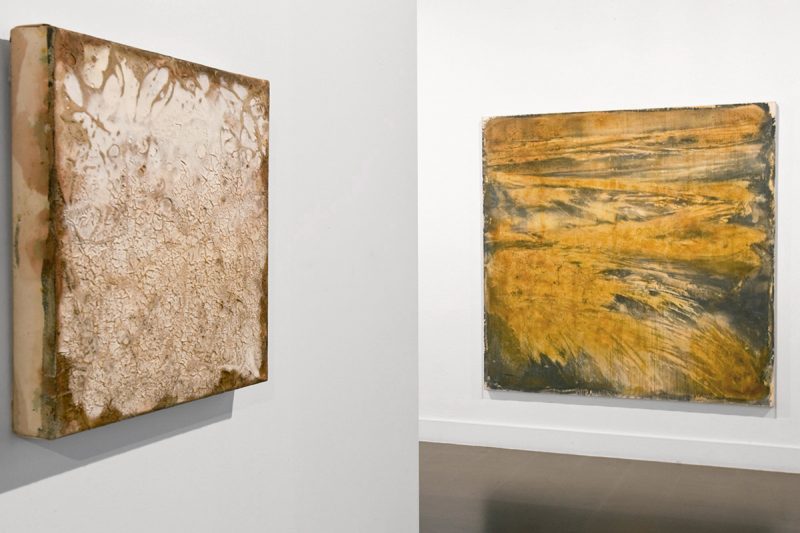 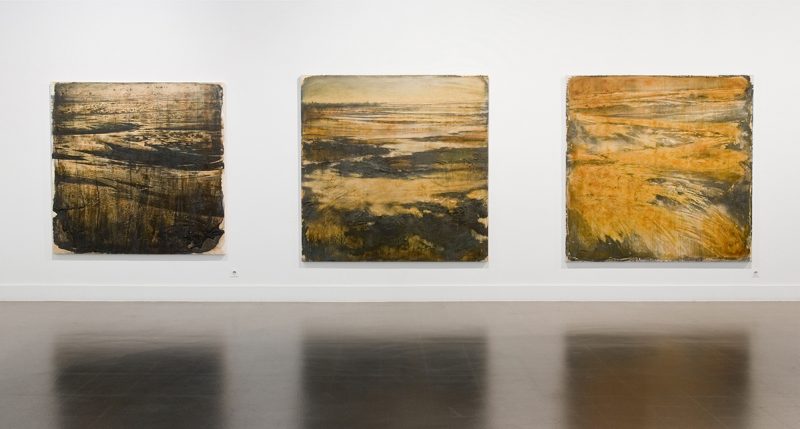 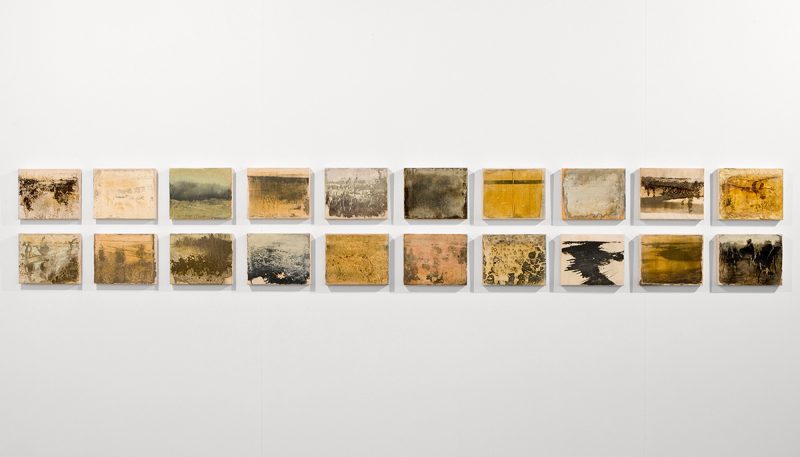 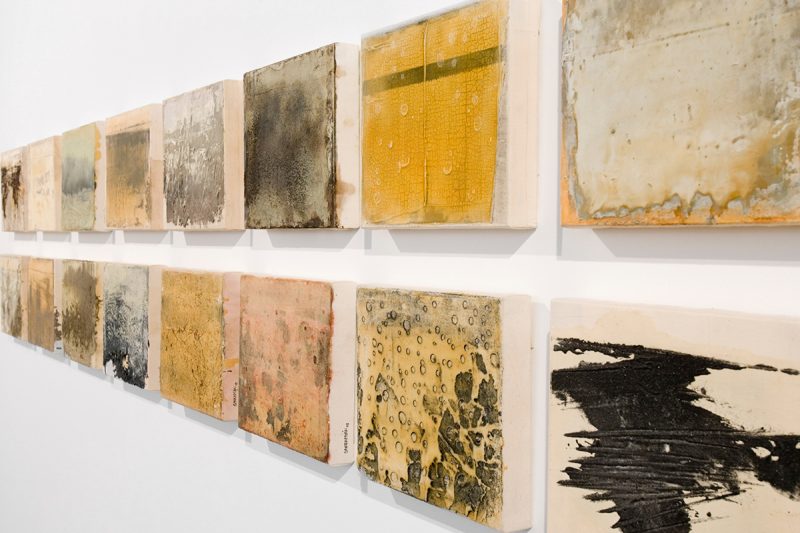 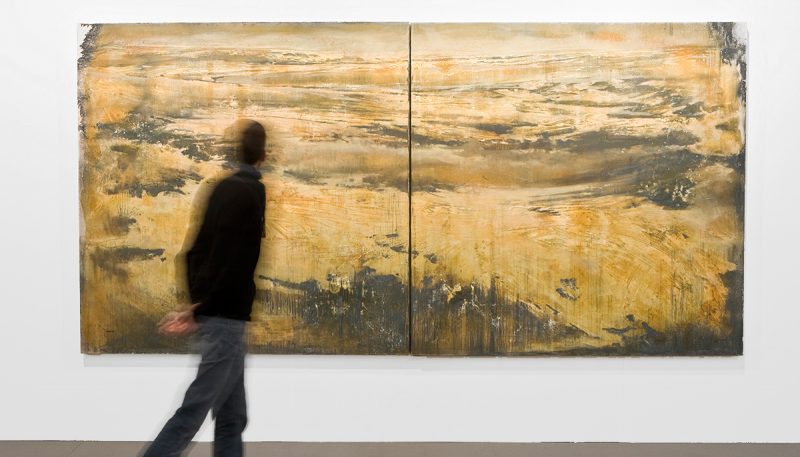 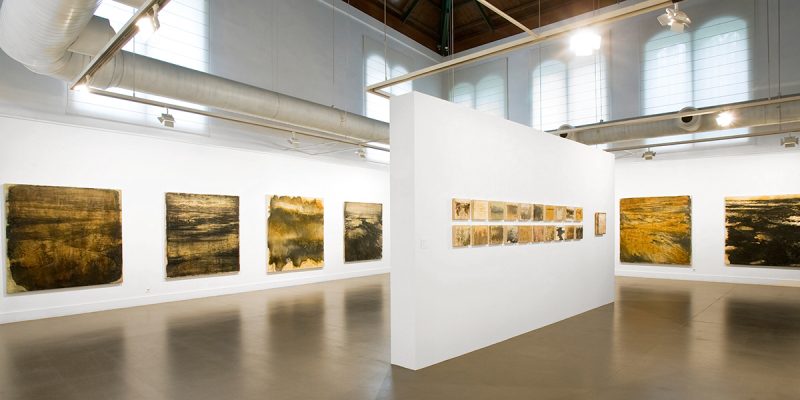 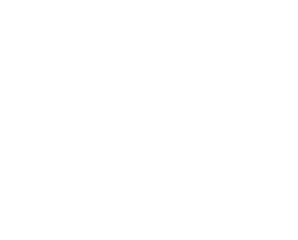